SHE’S TOO SEXY FOR HER WEDDING…

THE PASTOR IS AT LIBERTY TO REFUSE… 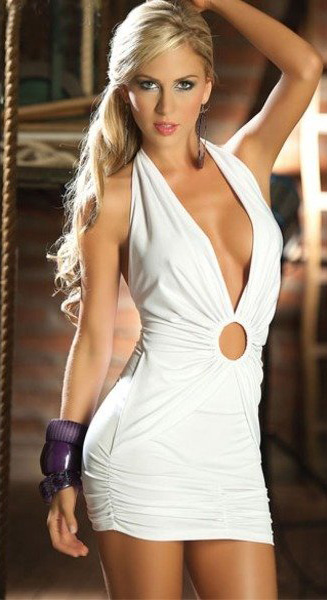 Image of the bride’s gown from the manufacturer

The religious community is abuzz with the news that a pastor cancelled a wedding complaining that the bride’s dress was too sexy. The wedding was scheduled for August 10, but when the pastor greeted the bride his eye popped out of his head at her dress. He jokingly asked “Where is the other half of the dress?”

The family laughed it off and continued preparations for the event but the pastor wasn’t backing down. He sent word to the family that he could not perform the ceremony with the bride’s dress as it was. The woman would have to cover her breasts and add length to the gown. She responded that it was impossible to accomplish within the time constraints. The pastor then decided to resign.

The family of the bride tried desperately to reverse his decision, but he remained unchanged. Another minister who was at the ceremony offered to perform the nuptials but was rejected by the original pastor and chastised for even requesting it.

“I can’t believe this! I flew here to attend my cousin’s wedding and now I have to put up with this crap. Now this so-called pastor doesn’t want to come out of his office” said the cousin of the bride.

The bride and groom are still not married.